Perched at 500 meters above sea level and extending over an area of ​​800km2, the Valensole plateau is the only open and flat part of the Verdon.

This plateau is famous for its lavender production. Your campsite in La Verdière is near the Valensole plateau.

Its geological formation has given its soil special characteristics, an alternation between arid and humid zones, between the Mediterranean and the mountains. The plateau is divided between meadows, scrubland, maquis, woods and forests. 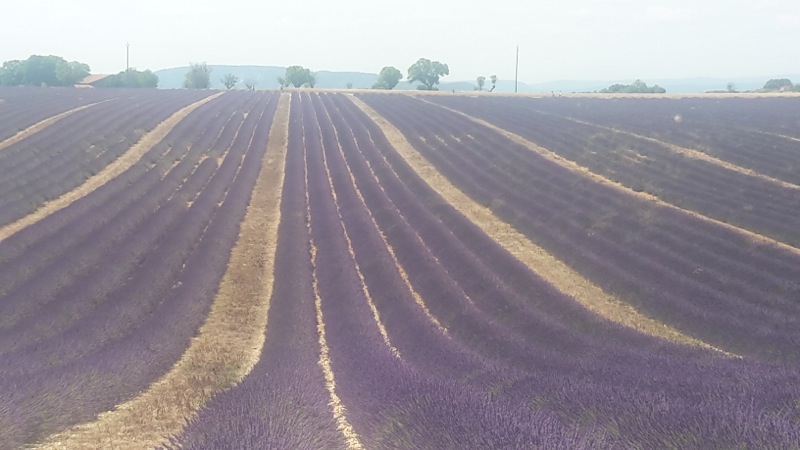 The specificity of its climate has made it the queen of lavender production. But this is relatively recent. Indeed, since antiquity it was mostly almond trees that were planted on the plateau.

Some trees at the time could produce up to 35 kgs … which resulted in big profits. This fruit was very popular for the production of nougat and fine confectionery. But this production was laborious and families turned to easier crops like wheat. 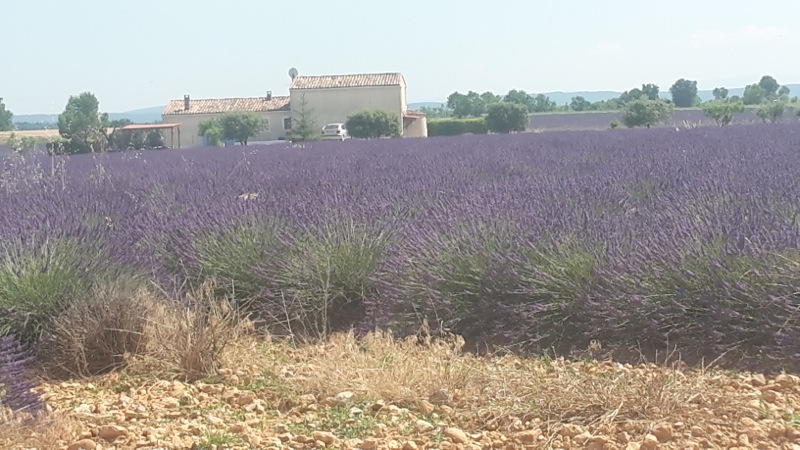 But the richness of the Valensole plateau remains its variety that still offers a multitude of landscapes and flavors: lavandin, olive trees, oaks with their companions truffles, almond trees and golden spaces of wheat waving in the heart of this mozaic pastel.

Whichever season you choose, the impressionist painting on the Valensole plateau will seduce you: at the beginning of spring, the meadows adorn themselves with the white clouds of almond trees in bloom, carved into the gray of the mountains with their snow-capped peaks; in the summer, shades of blue lavender compete with the gold of the wheat and in autumn, the ocher of the land became virgin cut in the blue sky.

The city of Riez, planted in the middle of the plateau, lives to the rhythm of the seasons. Located at the foot of Mont Saint-Maxime in the Verdon, it was the capital of the Gaulish people of the reiis before the Roman conquest. The Romans will make it an important center and Laugh keeps its importance throughout the Middle Ages.

From this golden age, there are many remains: an ancient colonnade topped with white marble capitals, a baptistery, Roman terms, the bell tower of the clock and its mechanism that dates back to the sixteenth century, the chapel Saint-Maxime and the cathedral and finally a sundial dating from 1806.

Riez is also the seat of many plasterwork – gypsum is a saline rock sediment which is drawn a kind of plaster for decorations- still housed in some houses of the city dating from the fifteenth and sixteenth.

Lavender from the Valensole plateau

But the most famous star of the Valensole plateau is lavender. After having been implanted in France by the Phoenicians, its enthusiasm has continued to believe, participating in the development of the region to become a major tourist attraction. Replaced by lavender, more productive, lavender is a flagship product that has invaded, for our happiness at all, our daily lives.

Do not hesitate to come and stroll on the plateau of Valensole, land rich in emotions. Book your mobile home or camping site in La Verdiere en Verdon now.