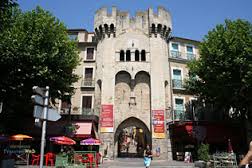 Only 40 km from the campsite, the city of Manosque, in the heart of the Luberon, awaits you to share its rich heritage and Provençal atmosphere preserved. His history It is known from the excavations carried out on the site of the Passaïres that Manosque was an important commercial place under the Roman period, thanks to the manufacture of amphoras to transport the wine.

Around the year 1000, the Counts of Provence regularly reside there before the city passes under the authority of the hospitable Saint-Jean-de-Jerusalem until 1790 which will establish two fortifications including a palace.

In the Middle Ages, the flourishing city with a renowned regional market, had 10,000 inhabitants. With the arrival of the Black Death follows a period of insecurity which leads the Comte de Provence to further strengthen the city with the construction of two doors: that of Saunerie and Soubeyran still visible today. But wars of religion will not spare the city and the churches are ransacked. Later ‘other epidemics will still mourn the city in 1720 first then in 1834.

The city is surrounded by large boulevards that have replaced the old fortifications of which there are only two doors built in the Middle Ages: the two military works of Saunerie and Soubeyran. The Guillampierre door which had been destroyed is now rebuilt. The old town has a very pronounced Provencal character, composed of narrow streets and old houses built high which makes it a pleasant ride, the traffic being very limited. From the old castle of Mont d’Or, there remains only a tower of the twelfth century

There are several churches to visit: Romigier’s nd, Romanesque style housing a black Madonna and a Carrara marble Virgin with a 5th century sarcophagus for Altar; The church of Saint Sauveur, the chapel of the Observantins of the 15th and 16th century become housing, the Chapel Saint-Pancrace and the convent of the sisters of the Presentation which was redecorated by the painter Carzou with the theme of the Apocalypse which describes the history of men and their future according to the artist.

The town hall is also a historical monument of Renaissance style as well as the house of Jean Giono, the castle of Gassaud and the old hospital of the eighteenth century. 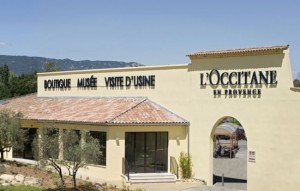 To continue your walk, browse the paths of the orchard of the House of Biodiversity which offers to discover more than 400 fruit trees and an educational exhibition on the cultivation and domestication of fruits. Finally, do not miss the visit of L’Occitane factory, famous for its products sold all over the world. The house of L’Occitane has created a museum with interactive and sensory spaces. The city of Manosque is a charming stop of charm that will seduce you with its colors and scents with sweet accents of Provence.

For a successful holiday in the Haut Var, discover our range of mobil home rentals in Verdon and Provence ou pitches for tents, caravan ou camping-cars.