The small village of La Verdière 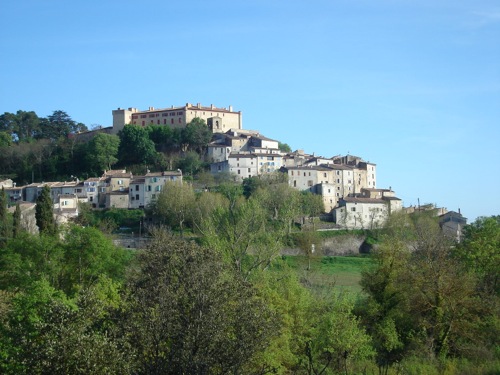 The village of La Verdière in Verdon

This picturesque village in the Haut-Var is built on a small hill, around a stately castle of the tenth century. The winding and narrow lanes are organized around the castle.

The visit of the Verdière will make you discover high ancient houses of XVI and XVIIth centuries, beautiful fountains and, at the top of the village, you will see the parish church of l’Assomption located next to the castle and its vast park.

The campsite is 10 minutes far from  the village where you will find all the shops. To see, to visit: The St Roch Chapel of the 15th century and the aqueduct. The hamlet of La Mourotte 7km from the campsite by the GR 99 to Gorges du Verdon.

To have a good time in the village :

The castle of la Verdière

Former fortress in the heart of the Verdon, the castle was erected in the year 980 by the Counts of Castellane, a very ancient Provencal line that offered the Kingdom, among other important figures, a hundred knights of Saint John of Jerusalem actively participating in crusades.

Organized around two rooms, the fortress could from the beginning of its construction accommodate 300 armed men to guard the road from Arles to Castellane. 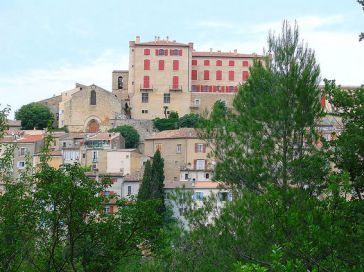 History of the castle of La Verdière

From the thirteenth century, the house of Ventimiglia takes possession of the castle and opens a large building site transformation, making him lose its military character. A dungeon is added to the original building which is enlarged. The former little chapel at the foot of the castle is also transformed into a Romanesque church.

Then the Castellane family takes over the castle and destroys the dungeon while building a new building, plus vaulted rooms to accommodate stables. In the seventeenth century after a wedding, the estate goes into the Forbin family, which remains very little in the castle. Nevertheless, the new owners add a corner tower and a large staircase.

From 1750, Louis Roch de Forbin, a great officer of the King after a busy life of war, returns to live his old days at La Verdière, which gives rise to a series of works to become a place of pleasure, at the image we know today.

The works that were carried out through the centuries gave full consideration to the inhabitants, who complained regularly about this state of permanent corvéeability. Moreover, when the Revolution breaks out, they plunder the castle, tearing doors, windows and part of roof: it becomes national well. Destroyed, he is promised to demolish but located above the houses, nobody dared take this risk.

The private castle of La Verdière is one of the biggest in Provence.

Every summer, the owner of the caste opens his home to the public for a guided tour allowing you to discover fabulous collections in the ceremonial living rooms of the first floor and in the huge ballroom (furniture, works of art, faience of Provence Moustiers ). It is also an opportunity to see an old textile workshop opening you to the knowledge of the ancestral know-how of tapestries, silks and costumes of the seventeenth, eighteenth and nineteenth century.

the campsite is located in the area of Le  Var, in La Verdière